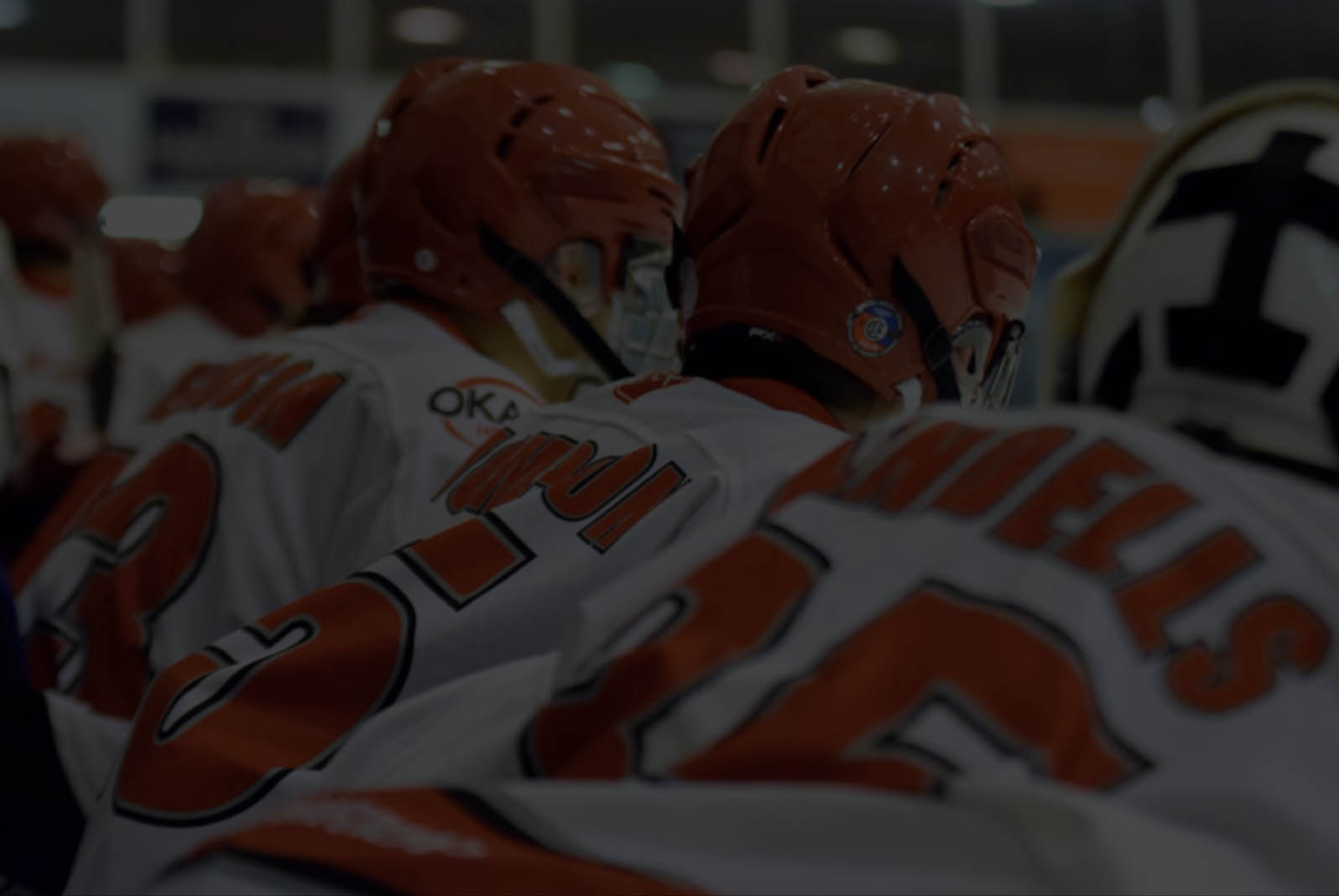 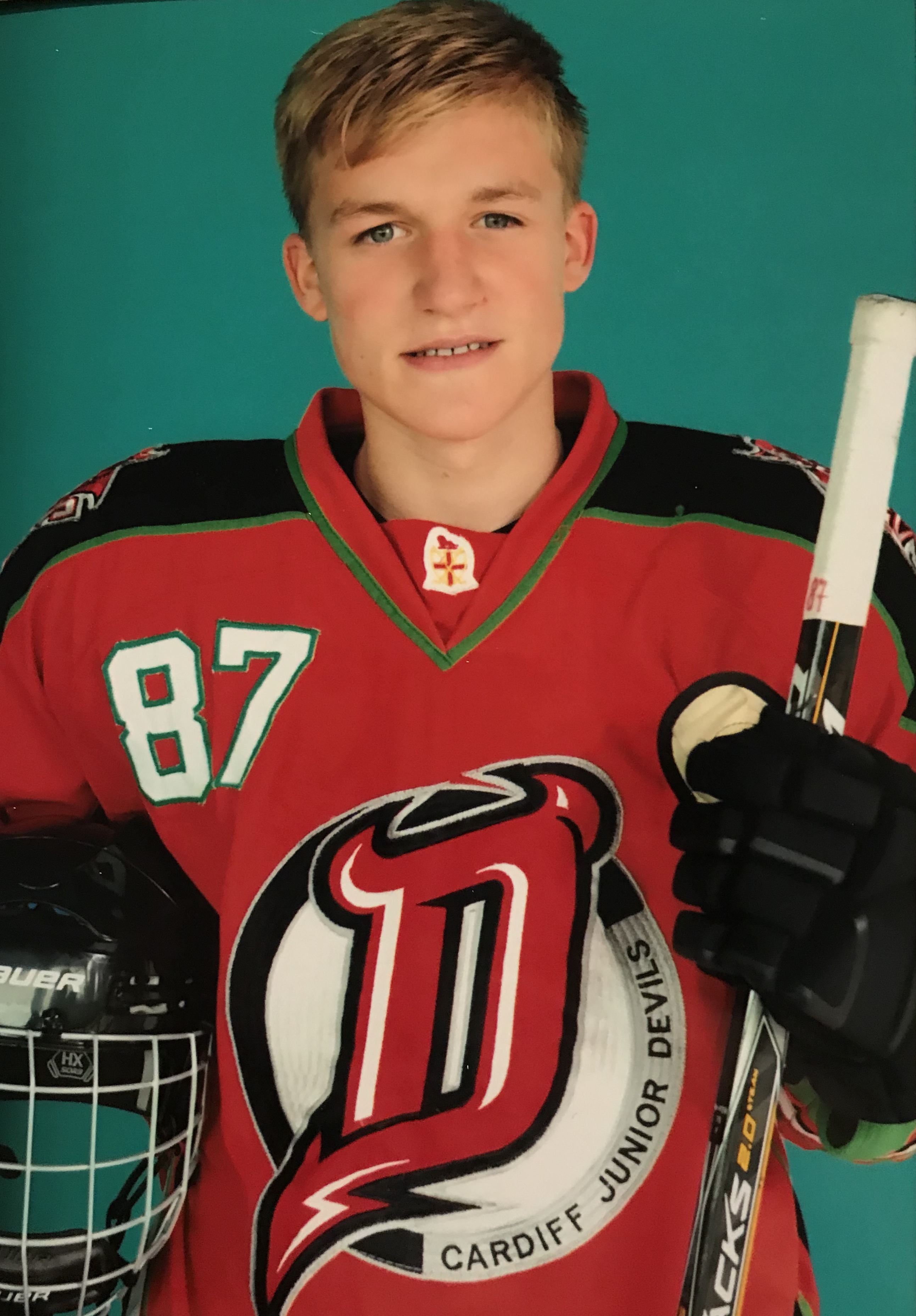 Okanagan Hockey Academy UK are delighted to announce the signing of Sam Bennett to the 18/19 line up. Sam came to our July camp and quickly caught the eye of all the staff for his work rate both on and off the ice. Sam has been talking to a friend and Graduate Josh Kelly about the programme and had decided to join the Okanagan Academy full time and we are all delighted with his decision, he has the right attitude and character to fully excel in our programme. We spoke to his father and he has this to say:

“During the Xmas break in 2018, Sam decided that he would like to get back into hockey after taking an interest in it from an early age. He attended a Learn to Play session with Cardiff Junior Devils. One session got him hooked again and 3 months of daily on-ice session during public sessions and 2 weekly LTP sessions and Sam joined the U15’s towards the end of their season in April. Having played only 3 games, Sam was already their starting Centre and was given the accolade of Coaches Player for the Season.

Both on and off the ice, Sam has worked tirelessly with continued daily skating sessions during public sessions to better hone his skating skills whilst also practising up with the successful U18 team. A YouTube addict, Sam would watch hours of training drills and games and make notes of positional play and tactics to better arm himself during training sessions with both teams. 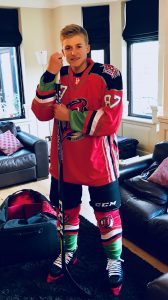 Sam attended the Tony Hand camp in July and made some impressive progress, during the week, OHA alumni Josh Kelly billeted with us and so started the relentless discussion about OHA over dinner every night! This was Sam’s long-term goal and I had told him he needed to do well in his exams to be even considered, thinking that this would give him more time to get ice time under his belt.

The following week, Sam attended the OHA shooters and scorers camp in Swindon and quickly bonded with the coaches both on and off the ice, with his work ethic shining through. They could not believe that this young man had only played 3 games and been playing for less than 6 months!

I was called and asked to meet with OHA head coach Ryan Aldridge and wondered what had gone wrong. We were shocked but very proud of the positive comments and feedback from both Ryan and the OHA coaching staff and Ryan offered Sam a place with OHA for the forthcoming season. That evening we held a family conference to discuss this unexpected offer – which Sam was ecstatic about!

Ultimately, we decided that if the academic side and billeting side could be sorted then this was a once in a lifetime opportunity for Sam. We were lucky to have sat with Josh Kelly every night who gave us detailed accounts of the positive experience he had with his billeting family so that was one item ticked off the list.

The following day, We sat down with head coach Ryan who talked us through the plan he envisaged for Sam and decided as a family that we would take up this amazing opportunity. Since then, we have been in constant contact with OHA staff who have sorted the academic side out for us in ensuring Sam settles into Swindon Academy with ease and the other members of the OHA team and family have reached out to Sam to welcome him to the team.

As a family, we will be cheering Sam on at every game, no matter where they are. This is a young man’s dream to become a pro hockey player and I am sure that with the positive support from OHA he will fulfil his ambition.”

Everyone at the Okanagan Hockey UK Academy are pleased to have Sam on board for the coming season and we look forward to welcoming all the team on the 1st September. 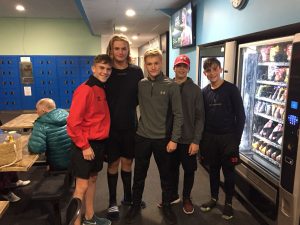 Above: Sam meets Ross, Joe, Jack and Aaron over the weekend while the boys are at conference trials.

Don’t miss out on the opportunity to propel a young hockey players future! Okanagan Hockey Academy UK offers intense training on and off the ice including conditioning and mental training. In addition to this, recruits will have the amazing opportunity to play in Canada and Europe. APPLY NOW